Civic orientation in Östergötland and Tranås is conducted by a unit within Region Östergötland on behalf of the county’s municipalities and Tranås. The main purpose of conducting the operations regionally is to provide all municipalities in the region the possibility to offer an equivalent civic orientation in native languages by providing well-educated regional social and health communicators.

The Civic Orientation Unit in Östergötland and Tranås is comprised of seven social communicators and administrative personnel (one administrator and one manager). We have been working with this since 2011.

Our social communicators are well-educated and have solid ties to the participants’ culture in their homeland and to Swedish culture. We offer courses in the following languages: Arabic, Somali, Syrian, Persian/Farsi, Dari, Tigrinya, Assyrian, Amharic, Kurmanji, French, English, and simplified Swedish. 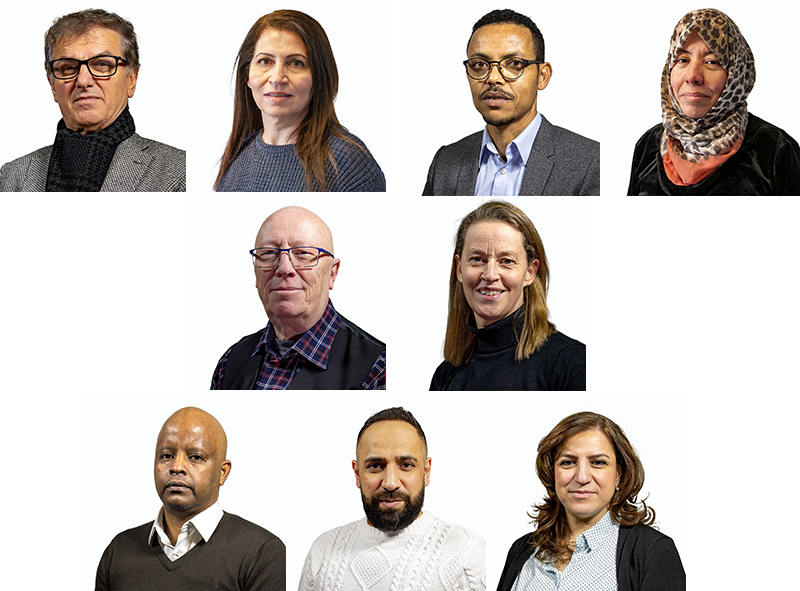 The regional civic orientation in Östergötland comprise a total of 102 hours and includes a total of 30 units, covered during 38 sessions. Each class session is three hours. Normally, a course runs for 7-8 weeks where each group participates in mornings or afternoons depending on what other activities they have planned for the rest of the day, for example SFI.